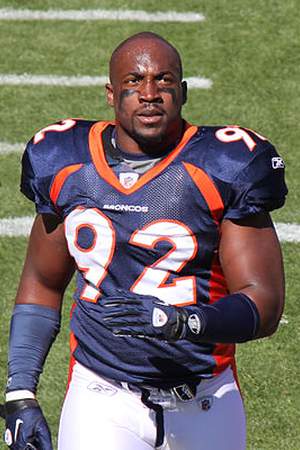 Elvis Kool Dumervil is an American football outside linebacker for the Baltimore Ravens of the National Football League. He played college football for the University of Louisville and was recognized as an All-American. He was drafted by the Denver Broncos in the fourth round of the 2006 NFL Draft and has been selected for the Pro Bowl three times.
Read full biography

He graduated from University Of Louisville and Miami Jackson High School

How tall is Elvis Dumervil?

When is Dumervil's next birthday?

Other facts about Elvis Dumervil

Elvis Dumervil Is A Member Of 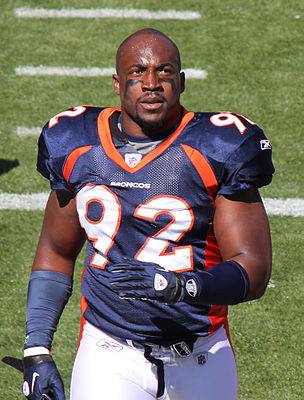