Ellis Hollins (born 14 November 1999) is an English actor. He is known for portraying the role of Tom Cunningham in the Channel 4 soap opera Hollyoaks. In 2006, he appeared in Alpha Male, a family film released in the United Kingdom.

In 2006, Hollins played the part of Nathan Lamis in the Dan Wilde production of Alpha Male. Hollins' part was dramatic and he undertook all his own stunts.

Hollins has been involved in many dramatic Hollyoaks storylines playing Tom, including the death of both his parents and his brother; starting a fire while playing with matches and running away due to starting that fire; going to court for attacking intruder Esther Bloom; and a teenage pregnancy and adoption storyline when Tom got his on-screen girlfriend Peri Lomax pregnant.

Hollins has also appeared in several Hollyoaks spin offs. In November 2008, he appeared in all five episodes of series one of Hollyoaks Later, a late night spin-off series to Hollyoaks airing at 10pm on E4 over 5 consecutive nights. Hollins was involved in one of the main stories of the series, which saw Tom kidnapped by crazed Niall Rafferty. Hollins has appeared in all three series of the Hollyoaks Music show which aired on Saturday mornings on T4 over several months in 2009, 2010 and 2011. Hollins appeared as his Hollyoaks character, nicknamed 'Lil Tom' in a segment which saw Tom Cunningham interview various music artists. He also appeared in the October 2009 spin-off series Hollyoaks: The Good, the Bad and the Gorgeous, which took a look back at some of the best moments in Hollyoaks. The special also featured various specially filmed segments and Hollins appeared in one as Tom. Hollins started alongside Carley Stenson (Steph Cunningham).

In 2012, Hollins played the role of a young Hans Christian Andersen in the BBC Radio 4 Drama The Beautiful Ugly.

Description above from the Wikipedia article Ellis Hollins, licensed under CC-BY-SA, full list of contributors on Wikipedia. 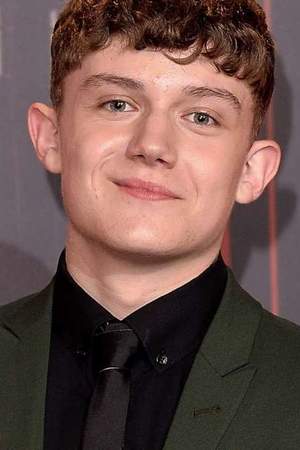