Elizabeth Elstob the Saxon Nymph was born and brought up in the Quayside area of Newcastle upon Tyne and like Mary Astell of Newcastle is nowadays regarded as one of the first English feminists. She was proficient in eight languages and became a pioneer in Anglo-Saxon studies an unprecedented achievement for a woman in the period. In London she translated Madeleine de Scudéry's Essay upon Glory in 1708 and an English-Saxon Homily on the Nativity of St Gregory in 1709.
Read full biography

Other facts about Elizabeth Elstob

Elizabeth Elstob Is A Member Of 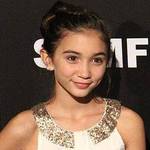