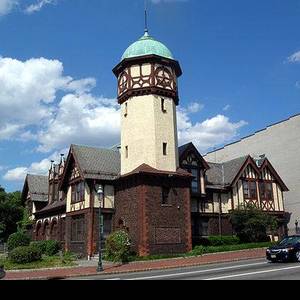 Ehrick Kennsett Rossiter was an American architect. Rossiter was born in France of American parents in 1854. He was educated in the U. S. including at the The Gunnery school in Washington Connecticut near where he later built his summer home Rock House. He died October 15 1941. He had a medieval architecture interest with a focus on lookouts. Buildings designed by Rossiter which survive and are listed on the U. S. National Register of Historic Places include:Glen Haven District No. read more

Ehrick K. Rossiter Is A Member Of

Ehrick K. Rossiter was born on the th of January 1854, which was a Sunday