Not to be confused with Doug E. Fresh.

Doug E. Doug (born Douglas Bourne; January 7, 1970) is an American actor, comedian, screenwriter, producer, and film director. He started his career at age 17 as a stand-up comedian. He played the role of Griffin Vesey on the CBS sitcom Cosby, Sanka Coffie in the film Cool Runnings, and the voice of Bernie in the animated film Shark Tale.

Douglas Bourne was born in Brooklyn, New York to a Jamaican father and African-American mother.

Doug E. Doug started off his career as a stand-up comic at the age of 17. Doug was first seen at the Apollo Theater by Russell Simmons, who then asked Doug to write and host a syndicated late-night program Simmons produced called The New Music Report. His entrance into film began when he spoke one line in Spike Lee's film Mo' Better Blues.

Doug is known to movie viewers for his starring role as the spirited pushcart operator turned bobsled racer in Cool Runnings. The movie is based on the true story of the first Jamaica national bobsled team trying to make it to the Winter Olympics.

Doug is also known for his roles as the ne'er do well Willie Stevens in Hangin' with the Homeboys. For this role, he received an Independent Spirit Award nomination for Best Actor. He played a class comedian in Class Act, a soldier enlisted for an unusual duty in Operation Dumbo Drop, an ill-fated high school student in the horror epic Dr. Giggles, and an FBI agent in the 1997 remake of That Darn Cat. In the Warner Bros. science fiction comedy Eight Legged Freaks, he portrayed a paranoid small-town radio host with visions of an alien invasion. In the animated DreamWorks film, Shark Tale, his is the voice of Bernie the jellyfish.

In television, Doug starred in the ABC series Where I Live, a show developed around his life and on which he served as co-producer. In the series, he portrayed Douglas Saint Martin, a quirky teenager growing up in a working-class Caribbean family in New York. Doug also co-hosted the VH-1 series Rock of Ages and spent four seasons starring as the character Griffin in the television series Cosby. On the Nickelodeon animated show, Little Bill, Doug voiced Percy the pet store owner. Doug guest-starred in Touched by an Angel, Law and Order: SVU, and NBC's Conviction.

In theater, Doug starred in the musical Purlie. It ran from March 31 through April 3, 2005.

Doug made his debut as a director/producer with the screenplay Citizen James, in which he also co-wrote and starred. Citizen James aired on Starz Encore/ BET Movies.

Doug launched a new YouTube comedy channel The Doug Life Show in late 2012 as part of The Comedy Shaq Network. It is a series of skit comedy and commentaries very loosely based around the experiences, thoughts, and life of Doug.

Description above from the Wikipedia article Doug E. Doug, licensed under CC-BY-SA, full list of contributors on Wikipedia. 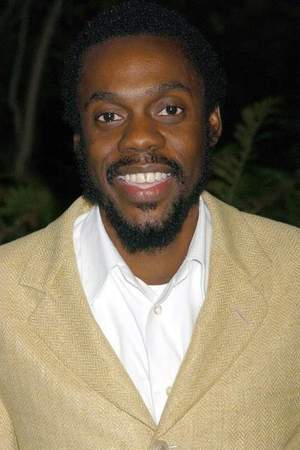