Since his early days as director of acclaimed feature films, television and documentaries, award winning filmmaker, Dimitri Logothetis has excelled in all genres ranging from dramas to action and thrillers. In addition to his artistic endeavors, Dimitri Logothetis has run three companies, including Kings Road Entertainment, which produced such films as Slapshot with Paul Newman, Kickboxer with Van Damme, All of Me with Steve Martin and Lilly Tomlin, The Best of Times with Robin Williams and Kurt Russell, and The Big Easy with Dennis Quaid and Ellen...
Read full biography

There are 23 movies of Dimitri Logothetis.

Ιλουστρασιόν (2006) As Steadicam Operator, he was 6 years old 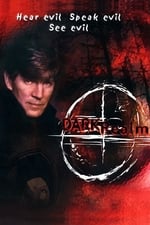 Dark Realm He was 1 years old

Other facts about Dimitri Logothetis

Dimitri Logothetis Is A Member Of