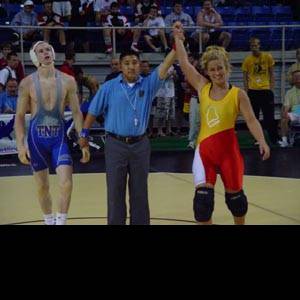 Deanna Rix is an American female wrestler originally from South Berwick Maine and noted in the media for her success wrestling against girls and boys in State and National competitions.
Read full biography

She graduated from Northern Michigan University

Other facts about Deanna Rix

Deanna Rix Is A Member Of