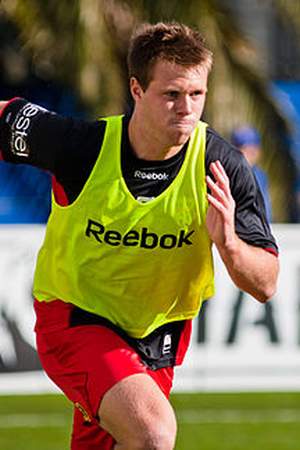 Daniel John Mullen is an Australian footballer who is contracted to the Western Sydney Wanderers in the A-League. His natural position is at centre back but he plays regularly at right back at club level. Daniel is the cousin of Matthew Mullen son of former Socceroo Joe Mullen. In his first game for Australia he became the first Socceroo to wear a 3 digit number wearing 107 against Kuwait on 6 March 2009.
Read full biography

How tall is Daniel Mullen?

When is Mullen's next birthday?

Other facts about Daniel Mullen

Daniel Mullen Is A Member Of 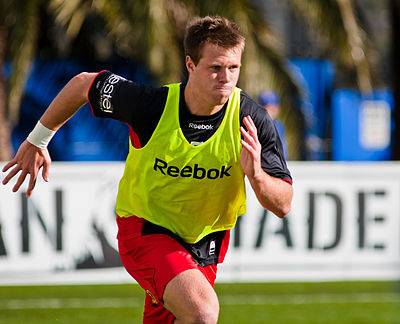