Cynthia Lynn Wood (born September 25, 1950) is an American model and actress. She was born in Burbank, California. She was chosen as Playboy magazine's Playmate of the Month in February 1973, and the 1974 Playmate of the Year. Her centerfold was photographed by Pompeo Posar.In 1983, she recorded vocals for three songs on the soundtrack for the anime film Golgo 13: The Professional, credited as Cindy Wood, with lyrics written by Toshiyuki Kimori. She has worked as a casting agent and also has a PhD in psychology.

Description above from the Wikipedia article Cynthia Wood, licensed under CC-BY-SA, full list of contributors on Wikipedia. 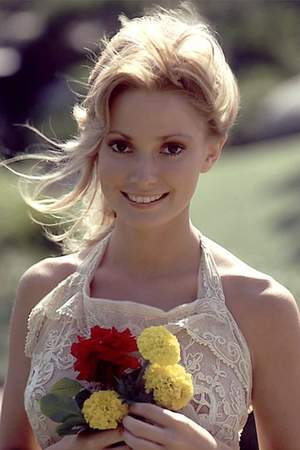