Charmane Star (born May 5, 1979) is an American pornographic actress who has appeared in over 300 films since 1998. She has also performed as a feature dancer and an automobile model.

Star moved to the U.S. (California) with her family from the Philippines when she was less than two years old, and she went to high school in Sacramento.

Star started in print modeling, but, in 1998 at the age of 19, she started in the adult industry.

She has appeared in both Hustler and Club magazines including in The Girls of Penthouse in May/June 2014.

She starred in the video for the 2009 song "That's How I Go" by Baby Bash featuring Lil Jon and Mario.

Description above from the Wikipedia article Charmane Star, licensed under CC-BY-SA, full list of contributors on Wikipedia. 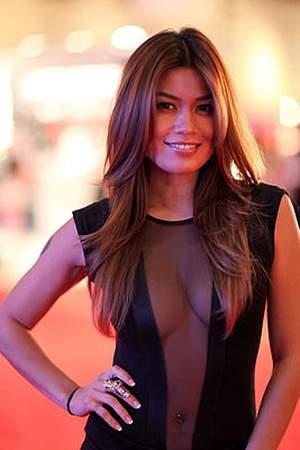