Chanel Preston is an American pornographic actress and the Penthouse magazine Penthouse Pet for March 2012. She entered the adult film industry in 2010.

In February 2012, Chanel Preston was announced by Penthouse magazine to be their Penthouse Pet for March 2012. In September 2012, Preston appeared in the Russ Irwin's music video "Get Me Home".

Preston co-hosted the 31st annual AVN Awards show alongside Samantha Saint on January 18, 2014. Also in 2014, Preston was on CNBC's list of "The Dirty Dozen: Porn's Most Popular Stars". In 2015 she appeared in the "Bust" music video by rapper Waka Flocka Flame.

In March 2014, Preston launched a sex education based web series titled Naked With Chanel. According to Cosmopolitan, the series "examines how our society and upbringing influences our ideas about sex." In order to fund the series, Preston used the fundraising website IndieGogo. Her 2013 campaign generated enough to build the series' website and to film several episodes. She also hosts a sex-positive podcast named "SexThink" with talk show host and political critic, Rob Nelson.

Description above from the Wikipedia article Chanel Preston, licensed under CC-BY-SA, full list of contributors on Wikipedia. 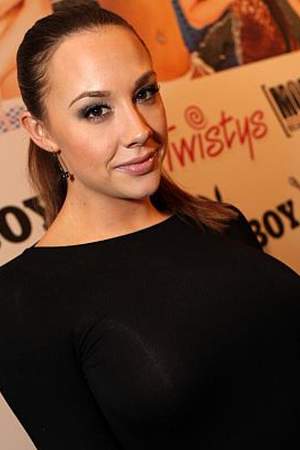