Carol Lewis is a 59 years old American long jumper from Birmingham. She was born on August 08, 1963 in Birmingham as Carol LeGrant Lewis.

Carol LeGrant Lewis is an American former track and field athlete who specialized in the long jump. Born in Birmingham Alabama she is the sister of Olympian Carl Lewis. She first came to prominence as a high school athlete while at Willingboro High School in New Jersey setting the high school indoor long jump record at 21' 7. 5 in 1981. She later went to the University of Houston where she had followed her older brother.
Read full biography

There are 12 movies of Carol Lewis.

She graduated from Willingboro High School

How tall is Carol Lewis?

Other facts about Carol Lewis 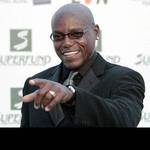 Carol Lewis Is A Member Of