Ilich Ramírez Sánchez also known as Carlos the Jackal is a Venezuelan terrorist currently serving a life sentence in France for the 1975 murder of an informant for the French government and two French counter-intelligence agents.
Read full biography

Carlos the Jackal had two marriages.

He has one child, Роза .

When is Jackal's next birthday?

Other facts about Carlos the Jackal

Carlos the Jackal Is A Member Of 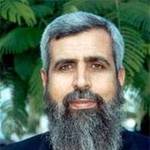