Bruce Molsky playing the fiddle in 2009

As a young man, Molsky first became interested in blues music, but eventually became absorbed in old-time music while studying engineering at Cornell University in Ithaca, New York, beginning in 1972. His playing was influenced by the fiddling of Tommy Jarrell, whom Molsky visited in North Carolina in 1976. He recorded with Bob Carlin in 1990.

Molsky has released several records on Compass Records, Rounder Records and Tree Frog Music under his own name. Besides his solo recordings, he has also played in Fiddlers 4, with Darol Anger, Michael Doucet (violins) and Rushad Eggleston (cello). Since 2002, he has been a founding member of Andy Irvine & Dónal Lunny's Mozaik.

In 2008, Molsky collaborated with Norwegian hardingfele player and composer Annbjørg Lien on her album Waltz With Me and accompanied her in subsequent concerts. He also appeared as a guest artist on Andy Statman's 2011 double-CD, Old Brooklyn (Shefa Records). He played banjo, fiddle, guitar and sang on Anonymous 4’s album 1865: Songs of Hope and Home from the American Civil War, released in 2015. Molsky was a guest on Mark Knopfler's 2015 album Tracker, playing banjo, fiddle and guitar.

Molsky is currently a member of the faculty at the Berklee College Of Music, American Roots Music Program in Boston MA.

Molsky and his wife Audrey reside in Beacon, NY.

Description above from the Wikipedia article Bruce Molsky, licensed under CC-BY-SA, full list of contributors on Wikipedia. 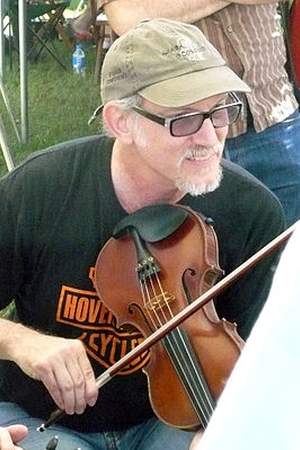