Brighton Rosie Sharbino (born August 19, 2002) is an American actress. She is best known for her role as Lizzie Samuels on the AMC television series The Walking Dead.

Sharbino is from Flower Mound, Texas. Her siblings Saxon and Sawyer Sharbino also act, and the family moved to Los Angeles when Brighton was nine. She switched to online school to make time for her acting career.

Sharbino began her career singing on Barney & Friends on PBS. She had other early guest television appearances on series such as Hannah Montana, Prime Suspect, The New Normal, and True Detective.

In 2013, Sharbino landed her first major recurring role as Lizzie Samuels in the fourth and fifth seasons of The Walking Dead. She appeared in the film Cheap Thrills and played Young Abby Sciuto in the "Hit and Run" episode of NCIS.

In 2014, Sharbino was cast in the fantasy series "Once Upon a Time" where she played the young version of the Snow Queen, Ingrid. About the role she stated "It was very different from shooting 'The Walking Dead' and I loved it cause I got to be a princess. In The Walking Dead they would put dirt on me. They put extensions on me, were fixing my hair, and let me wear a princess dress, it was really fun to do. It was a dream."

Sharbino played Abby Beam in the 2016 faith based film Miracles From Heaven, alongside Queen Latifah and Jennifer Garner. The movie was shot in Atlanta in the summer of 2015 and Sharbino had her 13th birthday on set.

In 2017, Sharbino played the role of Tiffany Hart in the film *. That same year, she had a guest role as Mandy Fowler in an episode of Law and Order: Special Victims Unit. "Growing up Smith" is a coming of age comedy about growing up in small town USA in 1979 in which Sharbino played the role of Amy and was released in cinemas in 2017. The film won numerous best audience awards and jury awards at film festivals including Woodstock, Naples, CAAMFest and Prescott Film Festivals.

In 2018, Sharbino acted alongside her older sister Saxon Sharbino, in the film "Urban Country" where she played the role of Faith, a teenager that moves to a horse ranch to help her ill mother.

In 2019, she starred as antagonist Allison Betts in season 1 of the Brat web series Zoe Valentine and appeared in the drama film American Skin. She starred in the 2020 Snap Original Players.

Sharbino plays the piano and took parkour cl*es with her younger brother.

Description above from the Wikipedia article Brighton Sharbino, licensed under CC-BY-SA, full list of contributors on Wikipedia. 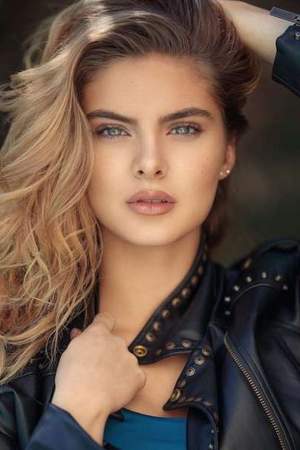