Mikhailov played right wing on the top Soviet line of the 1970s, along with left winger Valeri Kharlamov and center Vladimir Petrov. During Soviet League play, he played in 572 games, scoring a record 428 goals along with 224 *ists for a record 652 points.

On the Soviet national team, he played 14 seasons, most of them as captain. He scored over 200 goals with the national team, second only to Alexander Maltsev. He led his team to the Olympic gold medal in 1972 and 1976, a silver medal in 1980, eight IIHF World Championships (1969,1970,1971,1973,1974,1975,1978,1979), and nine Izvestia championships. Mikhailov's last game with the Soviet National team was played in front of 14,000 people at Luzhniki Ice Palace. His teammates carried him around the rink on their shoulders to a thunderous ovation.

Since 2011, together with Vladimir Petrov, Vladislav Tretiak, Georgy Poltavchenko, Sergei Egorov and Artur Chilingarov, he has been a member of the board of trustees of the International Tournament in Ice Hockey Arctic Cup.

Boris graduated from the Moscow State Academy of Physical Culture in 1979. His son is Egor Mikhailov who is also a hockey player.

In the 2004 Disney biopic Miracle, he is portrayed by former NHL player Sasha Lakovic.

Mikhailov is a member of PutinTeam, Alexander Ovechkin's group that promotes President Putin and his policies.

Mikhailov was also one of the very few to receive the highest order of the Soviet Union, being awarded the Order of Lenin in 1978. He was also awarded the For Valor in Labor medal in 1969, the Badge of Honor in 1972, the Red Banner of Labor in 1975 and the Order For Services to the Fatherland (IV degree) in 2004.

Description above from the Wikipedia article Boris Mikhailov (ice hockey), licensed under CC-BY-SA, full list of contributors on Wikipedia. 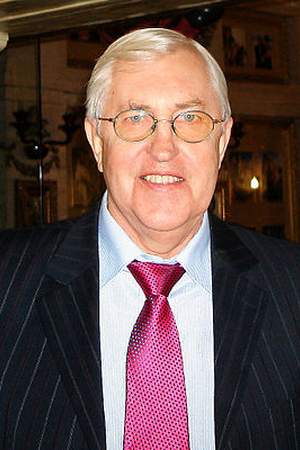