Bente Børsum is a Norwegian actress probably best known for her roles in the movies Mors hus and Reisen til julestjernen. Børsum had her debut in the movie Jakten in 1959 and worked at Oslo Nye Teater from 1979. She retired from regular performance in 2005 with her performance in the play The House of Bernarda Alba by Federico García Lorca. read more Her mother was Norwegian resistance member Her mother died at the age of 76 (Bente was 51 years old). When Bente born she was 25 years old.

Her first feature film was House on the Rocks (1974, as Eleni). She was 40 when she starred in this movie. Since 1974, she has appeared in 13 feature films. The last one is Papirfuglen (1985). In this movie, she played the character Aud Sætre .

Reisen til julestjernen (1976) As Dronningen, she was 42 years old

Bente Børsum Is A Member Of

When is Børsum's next birthday? 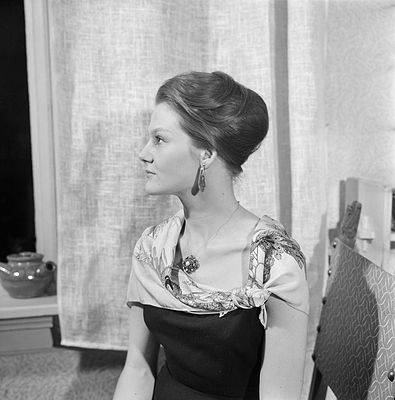