Barboura Morris was an American actress. She acted under some other names. The girl with the lovely smile Barboura Morris was born in L. A. and went on to appear in many low-budget movies such as A Bucket of Blood American comedy horror film directed by Roger Corman. She graduated from UCLA. Barboura started her acting career at the Stumptown stock company where her acting coach was Jeff Corey and Roger Corman was a classmate.
Read full biography

There are 15 movies of Barboura Morris: 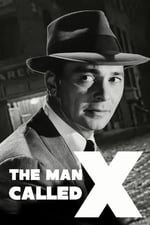 Other facts about Barboura Morris

Barboura Morris Is A Member Of