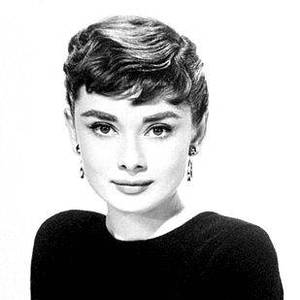 Audrey Hepburn was a British actress and humanitarian. Recognised as a film and fashion icon Hepburn was active during Hollywood's Golden Age. She was ranked by the American Film Institute as the third greatest female screen legend in the history of American cinema and has been placed in the International Best Dressed List Hall of Fame.
Read full biography

Her mother is Ella Van Heemstra and her father is Joseph Victor Anthony Hepburn-Ruston. Her mother died at the age of (Audrey was 55 years old). When Audrey born she was 28 years old.

When is Audrey Hepburn's next birthday?

Audrey Hepburn was born on the 4th of May 1929, which was a Saturday

She had a net worth of 100 million dollars.

Her first feature film was Sabrina (1954, as Sabrina Fairchild). She was 25 when she starred in this movie. Since 1954, she has appeared in 41 feature films. The last one is Dutch in Seven Lessons (1948). In this movie, she played the character KLM stewardess .

Other facts about Audrey Hepburn