Armand D'Angour is a British classical scholar classical musician and Fellow and Tutor in Classics at Jesus College Oxford. His research embraces a wide range of areas of ancient Greek culture; his publications deal with ancient Greek music and metre the Greek alphabet innovation in ancient Greece and Latin and Greek lyric poetry.
Read full biography

When is D'Angour's next birthday?

Other facts about Armand D'Angour

Armand D'Angour Is A Member Of 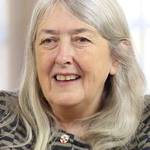