Antony Gibbs is a British film and television editor with more than 40 feature film credits. Gibbs' editing career began in the mid-1950s as an assistant to Ralph Kemplen and to Alan Osbiston and through them he became involved with the brief New Wave of British filmmaking at its beginnings. In particular Osbiston edited The Entertainer which was directed by Tony Richardson; Richardson was one of the most prominent of the British New Wave directors.
Read full biography

There are 39 movies of Antony Gibbs:

Influence and Controversy: Making 'Performance' (2007) he was 81 years old

Edge Codes.com: The Art of Motion Picture Editing (2004) As Himself (as Tony Gibbs), he was 78 years old

Other facts about Antony Gibbs 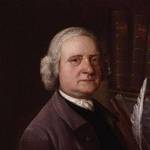 Antony Gibbs Is A Member Of