Anna Negri is a 57 years old director from Italy from Venice. She was born on December 09, 1964 in Venice.

There are 5 movies of Anna Negri.

In principio erano le mutande (1999) As Director, she was 34 years old 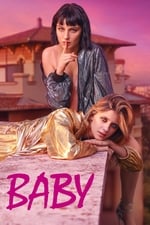 Baby She was 53 years old

When is Negri's next birthday?

Other facts about Anna Negri

Anna Negri Is A Member Of