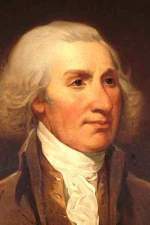 She had two children, Philip (82) and Catharine (60) . When her first child, Philip Church, was born, Angelica Schuyler was 21 years old.

Other facts about Angelica Schuyler