Lauer was born in Los Angeles to an attorney father and an actress mother. He engaged as an actor from ages 9 to 11 and then stopped for the sake of normal childhood.

Lauer is an athlete and a football player. He captained his high school's gymnastics team.

He attended San Diego State University and then transferred to University of New Hampshire; he chose the Theater & Arts and Journalism there. He worked as a busboy to subsidize his studies at the New York Friars Club, where he was influenced by the comic legends Red Skelton, Milton Berle, Henny Youngman and Lucille Ball. After the completion of his studies, he traveled through Europe and then he settled in New York to start his career. In 1987, he returned to Los Angeles and improved his comedic abilities with The Groundlings and L.A. Connection.

He began his career in front of the camera with major roles in film and TV including Never on Tuesday (with Peter Berg), Born on the Fourth of July (with Tom Cruise), For the Boys (with Bette Midler) and Iron Man 3 (with Robert Downey Jr.). He has mentored under the direction of filmmakers Oliver Stone, Michael Bay, David Fincher and James Burrows.

As an actor, Lauer is probably best known for playing "Charlie" on the NBC comedy series Caroline in the City.

Lauer next project was Sahaya Going Beyond about a ragtag but heroic group working together to fight HIV in India, narrated by Academy Award winner Jeremy Irons. It was completed in 2013.

His next film Prince of Malacca is a love story of reincarnation of a Prince from the Kingdom of Malacca and a Princess from Singapura. In addition to directing this film Lauer will also stand in as a producer.

Description above from the Wikipedia article Andrew Lauer, licensed under CC-BY-SA, full list of contributors on Wikipedia. 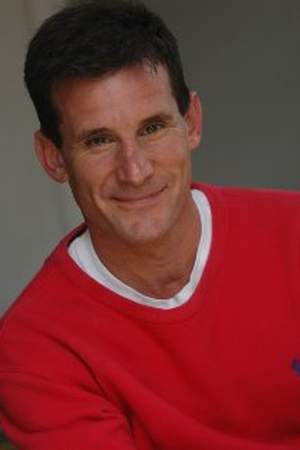