Andrew Bolt is an Australian journalist newspaper columnist radio commentator blogger and television host. He is a columnist and former associate editor of the Melbourne-based Herald Sun. He has appeared on the Nine Network Melbourne Talk Radio ABC Television Network Ten and local radio. In 2005 Bolt released a compilation of newspaper columns in a book entitled The Best of Andrew Bolt—Still Not Sorry.
Read full biography

He graduated from Mentone Grammar School

He is living in Malvern.

When is Bolt's next birthday?

Other facts about Andrew Bolt

Andrew Bolt Is A Member Of 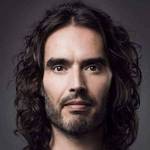