Hamzawy studied political science and developmental studies in Cairo, The Hague, and Berlin. After finishing his doctoral studies and after five years of teaching in Cairo and Berlin, Hamzawy joined the Carnegie Endowment for International Peace in Washington, DC between 2005 and 2009 as a senior associate for Middle East politics. Between 2009 and 2010, he served as the research director of the Middle East Center of the Carnegie Endowment in Beirut, Lebanon. In 2011, he joined the Department of Public Policy and Administration at the American University in Cairo, where he worked for approximately 5 years. Finally, in late 2016, he moved to California, where he started teaching political science at Stanford University. He still works there today.

His research and teaching interests as well as his academic publications focus on democratization processes in Egypt, tensions between freedom and repression in the Egyptian public space, political movements and civil society in Egypt, contemporary debates in Arab political thought, and human rights and governance in the Arab world.

Hamzawy used to work in the Middle East as a research director at the Carnegie Endowment for International Peace in Beirut.He played an important role in the 2011 Egyptian revolution and he was the spokesman of the "Board of Wise Men" set up during the revolution to offer negotiations and possible solutions to the protesters and the government. After the installation of Ahmed Shafik as Prime Minister, Hamzawy was offered the position of Minister of Youth. He declined the post.He has since become involved in the project for the establishment of a liberal party in Egypt. Hamzawy is a founding member of Freedom Egypt Party.

In 2012, Hamzawy was elected as a member of the Egyptian Parliament (constituency Heliopolis, Badr City, Shorouk, Hikestep).

In 2013, he supported the campaign of the Tamarod movement for early presidential elections in Egypt. However, in the aftermath of the military coup that followed, he spoke out against the shutdown of Islamist satellite networks and the detention of President Morsi and other Islamist leaders, and objected in a newspaper column to "the rhetoric of gloating, hatred, retribution and revenge against the Muslim Brotherhood."

On 15 February 2012 Hamzawy married the Egyptian actress Basma Hassan at the Marriott Hotel in Cairo, and divorced in 2019. Their children are Luay, Noah and Nadya.

Description above from the Wikipedia article Amr Hamzawy, licensed under CC-BY-SA, full list of contributors on Wikipedia. 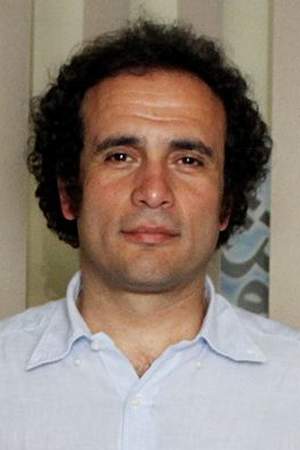