Amber Jean Brooks (born January 23 1991) is an American soccer player. She is currently playing for Bayern Munich in the German Fußball-Bundesliga. She was drafted by Portland Thorns in the new US National Women's Soccer League. She has represented the United States as member of the United States U-17 U-20 and U-23 national soccer teams. On May 21 2013 Books was named to the roster for the U.S. Soccer Centennial Celebration friendly match against Canada. 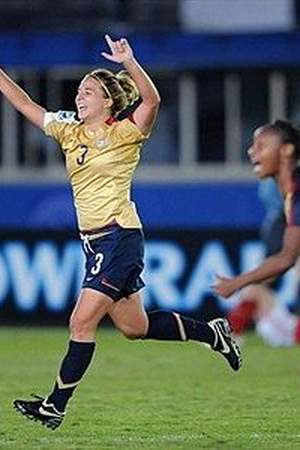