There are 20 movies of Allan Cameron.

Starship Troopers (1997) As Production Design, he was 80 years old

Tomorrow Never Dies (1997) As Production Design, he was 80 years old

He graduated from Royal Military College, Sandhurst and Harrow School

Other facts about Allan Cameron

Allan Cameron Is A Member Of 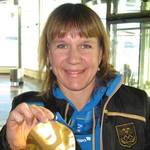