Alexandre Dimitri Song Billong better known as Alex Song is a Cameroonian footballer who plays for FC Barcelona in La Liga and the Cameroon national team. He plays as a central or defensive midfielder and can also play as a central defender. He is the nephew of former footballer Rigobert Song. Originally a utility player on the fringes of the first team Song quickly became an integral part of Arsenal's starting eleven during the preseason to the 2008–09 campaign.
Read full biography

How tall is Alex Song?

When is Song's next birthday?

Other facts about Alex Song

Alex Song Is A Member Of 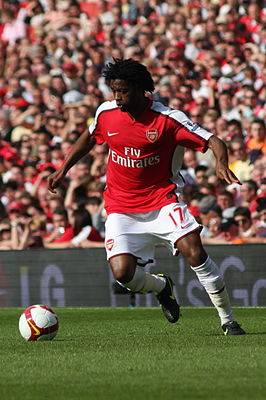