Adrian Mutu is a 43 years old Romanian footballer from Călinești. He was born on January 08, 1979 in Călinești. His nickname is The Brilliant. Adrian Mutu is a Romanian footballer who plays as a forward or winger for Liga I club Petrolul Ploiești. Mutu started his career in Romania playing two years for Argeș Pitești and half a year for Dinamo București before joining Internazionale Milano midway through the 1999–2000 Serie A. After only 10 games at Inter Mutu left for Verona and then Parma for which he scored 39 goals in the next three years.
Read full biography

He graduated from University Of Bucharest

How tall is Adrian Mutu?

When is Mutu's next birthday?

Other facts about Adrian Mutu

Adrian Mutu Is A Member Of 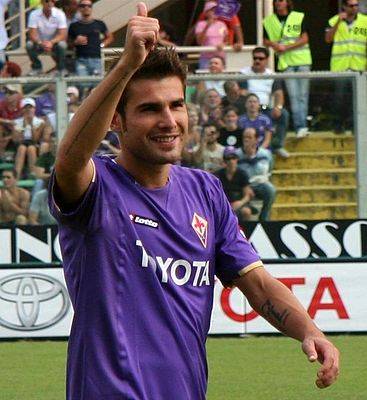