The event was headlined by the anticipated rematch between mixed martial arts legends Maurício Rua and Dan Henderson. Henderson won their first encounter back in November 2011 at UFC 139 via unanimous decision in a bout lauded by many MMA pundits as the Fight of the Year for 2011 and one of the best bouts in the history of the UFC. The co-main event featuree a long-planned bout between Cezar Ferreira and C.B. Dollaway. The two were originally scheduled to meet on May 18, 2013 at UFC on FX 8. However, both Dollaway and Ferreira had been forced from the bout due to injury. 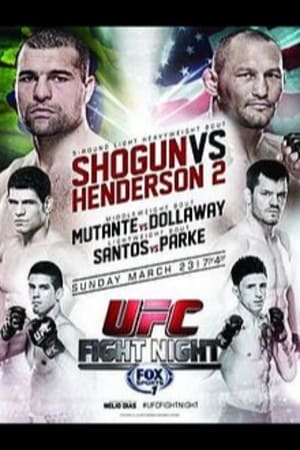