A live performance of the tragedy "Titus Andronicus" by William Shakespeare. Set in Roman times, the play deals with the bloody revenge of Roman general Titus Andronicus for the atrocities committed against his family by Tamora, the captive queen of the Goths, and her faction. Grotesquely violent and daringly experimental, Titus was the smash hit of Shakespeare's early career, and is written with a ghoulish energy he was never to repeat elsewhere. 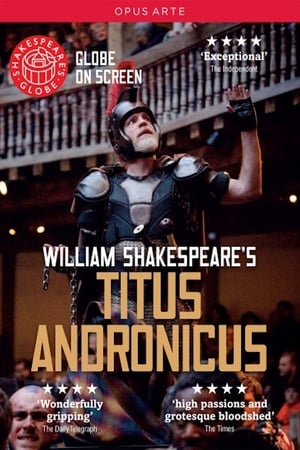