He promised them... Love, Healing, SALVATION

Savage Messiah is a docudrama about Roch "Moïse" Thériault, the charismatic former leader of a small religious group based near Burnt River, Ontario, Canada. Between 1977 and 1989 he held sway over as many as 12 adults and 26 children. He used all of the nine women as concubines, and probably fathered most of the children in the group. During his reign, Thériault mutilated several members. His major crime was to kill Solange Boilard, his legal wife, by disembowelment while trying to perform surgery on her. He was arrested for assault in 1989, and convicted of murder in 1993. Along with Clifford Olsen and Paul Bernardo, Thériault is considered one of Canada's most notorious criminals. 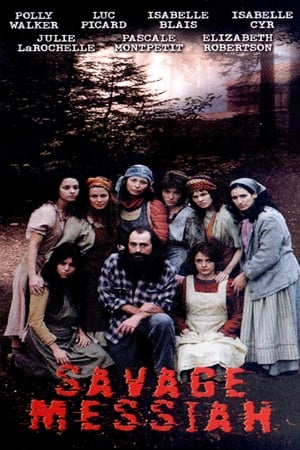 He promised them... Love, Healing, SALVATION