R&B legend Rick James was one of the most influential black musicians of all time. As an artist, songwriter and producer, James provided the funky hits that resuscitated Motown Records in the late ‘70s. His Punk Funk sound updated the label’s style and saw it through the mid-’80s. By 1981, Rick was at the peak of his commercial success with the platinum selling Street Songs album and the hit singles "Super Freak" and "Give It to Me Baby." The following year, Rick James & the Stone City Band took the stage in Essen, Germany to open the 10th Rockpalast-Festival. This 1982 performance was the first time James played in Europe, bringing his brand of American Punk Funk to a whole new audience. Together with the Stone City Band, James did not disappoint, burning up the stage with his trademark sound and special effects. 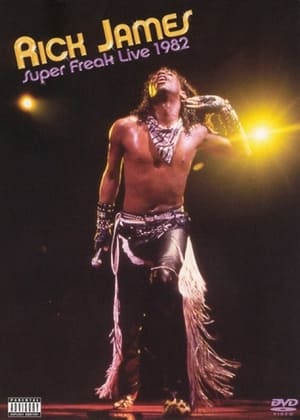