Thomas Bach is on top of his game. A popular right-wing radio talk-show host and a hero of the Tea Party Movement, he is hand picked to run for the U.S. Senate. But first he must fly to Los Angeles and clean up some dirty laundry that might damage his campaign. A victim of an attack, Thomas wakes up on the streets of Los Angeles without his memory. He is also unaware that he is a diabetic. He now wanders Skid Row, inevitably blending in with the homeless population, and without medication, his life is at risk. 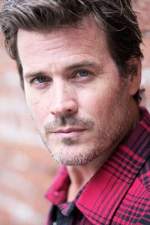