"Seven Women", Thome's third film in the trilogy "Formen der Liebe" (Forms of Love) is a type of modern fairy tale. Hans Hummel (Johannes Herrschmann) abandons a South Sea paradise and returns to his old homeland to trace his deceased father's path in life. His father has not only bequeathed him a large house and valuable documents, but also a type of treasure map in the form of a computer with the corresponding program. While he is involved in this treasure hunt game, he meets up with seven women - the family in the neighbouring house, who support him both in a business as well as in a personal sense. But instead of delighting in his new found wealth, he trades money, gold and millions for happiness - just like in a fairy tale. 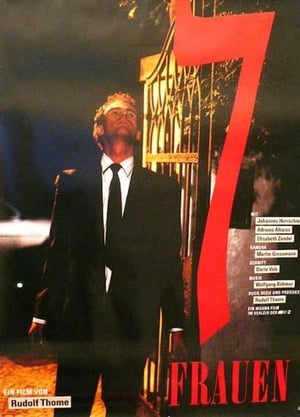