It was the season of their lives. In 1998 Major League Baseball had its greatest year, and more fans in more cities than ever before took in the thrill of big league baseball. But in the end, only one town could claim its place at the top, and only one team could call 1998 its championship season. The 1998 Official Major League Baseball World Series Video takes the fan through the drama of the Playoffs to the most inspired National League Champion San Diego Padres, led by veteran outfield Tony Gwynn and big-game ace Kevin Brown, try to steal history from the powerhouse American League Champion New York Yankees, whose 125 wins in 1998 were a testament to true team greatness. Manager Joe Torre and team leaders Derek Jeter and David Cone fight one final battle in their quest to establish themselves as perhaps the finest group to ever put on the pinstripes. 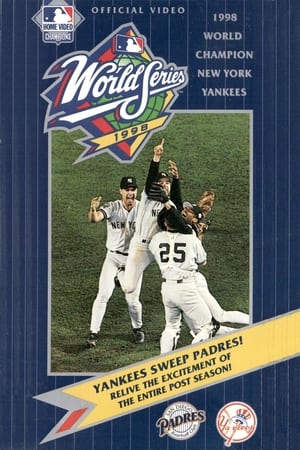