Edward Harrison "Dutch" Zwilling (November 2, 1888 – March 27, 1978) was an American professional baseball player. He played in Major League Baseball (MLB) as an outfielder for four seasons. He first played for the Chicago White Sox of the American League in 1910, then for the Chicago Whales of the Federal League from 1914 to 1915, and lastly, the Chicago Cubs of the National League in 1916. He, along with Lave Cross, Willie Keeler, and Rollie Zeider, are the only players to have played for at least three different teams in the same city. Zwilling was the last surviving member of the 1915 Chicago Whales, the last champion of the Federal League.

Alphabetically, Zwilling was listed last among all MLB players in history, until Tony Zych made his MLB debut in 2015.

His most significant playing-time occurred while in the FL, and is the short-lived league's all-time leader in home runs with 29.

Description above from the Wikipedia article Dutch Zwilling, licensed under CC-BY-SA, full list of contributors on Wikipedia. 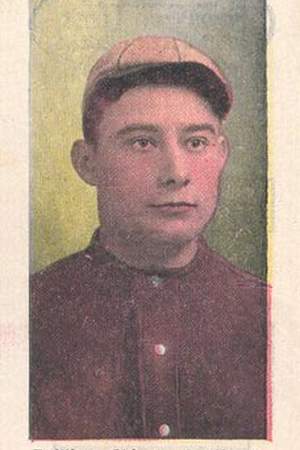