He dazzled America for decades with his musical artistry. Now fans as well as those curious about this exciting entertainer’s unique appeal can relive the Liberace magic in his only starring film, Sincerely Yours. In a poignant story scripted by Irving Wallace, Liberace plays a concert pianist threatened by deafness. Plunged into despair, he finds escape from personal sorrow by secretly involving himself in the problems of strangers. Liberace touches the heart and delights the ear with sparkling renditions of 31 selections from Chopin to Chopsticks. Along the way he romances Joanne Dru and Dorothy Malone, trades barbs with old pro William Demarest and in a warmly humorous nightclub scene, pokes fun at his own image as the 1950s matinee idol of the little-old-lady set. From beginning to end, Sincerely Yours perfectly captures the charisma and sheer musicality of the legendary Mr. Showmanship. 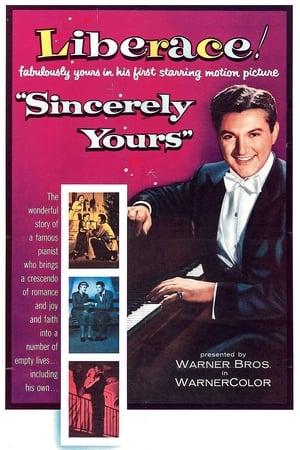