On the edge of the 30th anniversary of punk rock, Punk's Not Dead takes you into the sweaty underground clubs, backyard parties, recording studios, and yes, shopping malls and stadium shows where punk rock music and culture continue to thrive. Thirty years after bands like the Ramones and the Sex Pistols infamously shocked the system with their hard, fast, status-quo-killing rock, the longest-running punk band in history is drawing bigger crowds than ever, "pop-punk" bands have found success on MTV, and kids too young to drive are forming bands that carry the torch for punk's raw, immediate sound. Meanwhile, "punk" has become a marketing concept to sell everything from cars to vodka, and dyed hair and piercings mark a rite of passage for thousands of kids. 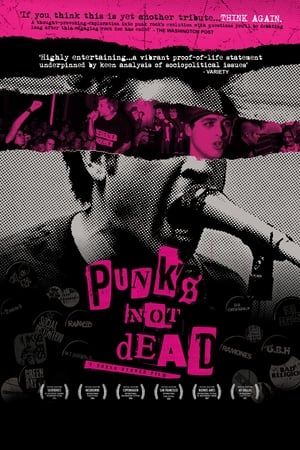